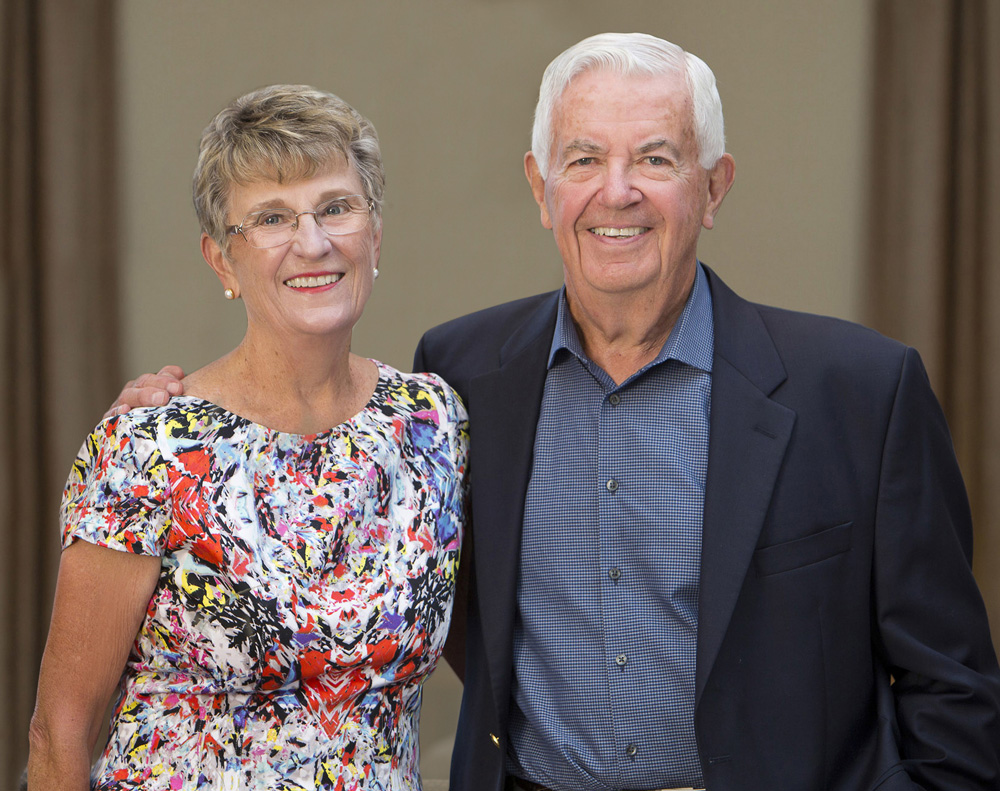 Cummings Properties Foundation (CPFI) was founded by Joyce and Bill Cummings of Winchester, Massachusetts in 1986 as a Massachusetts trust. Directly or otherwise, Bill and Joyce provided the Foundation’s financial base. It was originally organized expressly to give back to the communities in which commercial real estate firm Cummings Properties does business, and from which most of its employees came. It continues to provide ongoing support to hundreds of local causes.

By 2002, CPFI had become an operating foundation, and effective April 1, 2002, it changed its name to Cummings Foundation, Inc. (CFI).

The vast majority of all CFI funding has been internal, including the considerable growth of CFI’s investments. One substantial outside funding source was an early $100,000 contribution from Prudential Insurance Company of America. In early 2021, New Horizons at Choate received a distribution of $980,000 from the dissolution of Woburn's former Tidd Home after the venerable Woburn home shud down after serving Woburn seniors for 100 years. The Foundation expects to continue its mission in perpetuity through investment growth as well as anticipated future bequests.

Cummings Properties and Cummings Realty, LLC currently operate 10 million square feet of commercial space in 11 metropolitan Boston communities. Founded in Woburn, Massachusetts in 1970, CPL is one of the most financially solid real estate firms in the country, employing more than 350 regular full-time staff. More information about the firm and its history is available on cummings.com. 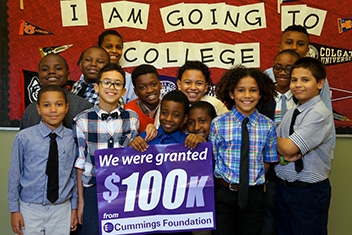 In 2012, CFI formalized its local grant-making process, concentrating the philanthropic initiative in Middlesex, Essex, and Suffolk counties. The purpose of establishing this focus area was to give back in the 11 communities where Cummings Properties operates commercial real estate holdings and where the large majority of Cummings’ staff and clients live.

The initiative is operated through CFI affiliate OneWorld Boston, Inc., an IRS-approved grant-making entity that is primarily funded by CFI and located at 200 West Cummings Park in Woburn, MA. A diverse network of volunteers from greater Boston’s professional community participates in the grant-making process.

It soon became apparent that fundraising is a never-ending job for nonprofits and that opportunities for long-term funding are rare. In an effort to address this unmet need in the nonprofit community, CFI launched the Sustaining Grants program in 2017. Through this initiative, nonprofits receiving their final $100K for 100 installments were considered for an additional 10 years of funding.

In 2020, the Foundation merged the two initiatives, and it now offers both $100,000 grants and larger 10-year grants through the Cummings $25 Million Grant Program. To date, the Foundation has donated more than $280 million to local nonprofits.

In the Foundation’s very first venture, in January 1990, it invested $8 million to purchase and totally rebuild Woburn’s bankrupt Choate Memorial Hospital as a large independent and assisted living community known as New Horizons at Choate. This strictly not-for-profit facility is considered by many to be one of the finest communities of its type in New England, and once served as a state model for assisted living legislation in Massachusetts. Learn more about New Horizons at Choate's history.

On March 31, 2002, the formerly for-profit New Horizons at Madonna Hall continuing care retirement community in Marlborough became Cummings Foundation’s second operating subsidiary. The entire debt-free community, which the Cummings organization had opened in 1994, was donated to the Foundation by Bill and Joyce Cummings. This sister facility to New Horizons at Choate currently serves more than 400 seniors in one of the region’s largest and most well-respected comprehensive retirement communities and offers a wide array of independent and assisted living options as well as a memory care program. Read more about New Horizons at Marlborough.

Veterinary School at Tufts, LLC is a wholly owned operating subsidiary of Cummings Foundation. Approved as an operating foundation by the Internal Revenue Service on May 6, 2004, it is collocated with CFI at 200 West Cummings Park, Woburn. CFI has provided more than $70 million to the ongoing support of Cummings School of Veterinary Medicine at Tufts University.

A 501(c)(3) operating subsidiary of CFI, Cummings Institute for World Justice was created to address genocide and other intercultural violence and injustice. It aims to educate people in order to prevent future instances of such atrocities and to aid in the post-genocide recovery and rebuilding of Rwanda.

Although not currently active, CFI subsidiary Commonwealth Realty Foundation, LLC is specifically organized to accept gifts of residential or commercial real estate. In this regard, it primarily accepts donations of developed or undeveloped land either in cooperation with area hospitals and colleges, or other not-for-profit entities. It has also received real estate, the proceeds of which have been intended to benefit solely Cummings Foundation.

Between 1997 and 2015, the Foundation provided more than $2 million in scholarship aid to hundreds of local students, mostly in honor of the Foundation’s founding trustee, and late president of Cummings Properties, James L. McKeown. Most of these scholarships were awarded following rigorous competitions conducted by individual high school authorities. Other aid has been given through various community scholarship associations, as well as direct scholarship aid through several Massachusetts colleges. In 2014, the Foundation memorialized Jamie through a $3 million naming gift to what is now Jamie McKeown Boys & Girls Club in Woburn. Learn more about Jamie’s significant impact on the local community.

Partners In Health and University of Global Health Equity

Cummings Institute for World Justice committed $15 million in 2014 to Boston-based nonprofit Partners In Health (PIH), a social justice organization working to bring better health care to impoverished communities around the globe. This significant contribution, combined with substantial funding from the Bill & Melinda Gates Foundation, was intended to help build a new international school of health sciences in Butaro, Rwanda. University of Global Health Equity, a training ground for future global health leaders, began accepting applications for its flagship degree program, the Master of Science in Global Health Delivery, in 2015. In 2019, Bill and Joyce Cumming offered the University an additional matching grant of $10 million, which ultimately brought the School $21 million.

CFI entered a unique relationship with the University in 2002 through CFI operating subsidiary Veterinary School at Tufts, LLC (VST). Through VST, CFI has committed more than $70 million in financial assistance to what is now the prestigious Cummings School of Veterinary Medicine at Tufts University. The first veterinarians to enter the School after its renaming graduated in 2009.

Tufts University president Anthony P. Monaco and former Cummings School dean and acting Provost Dr. Deborah Kochevar serve on the Foundation board, while half the overseers of Cummings School of Veterinary Medicine are officially designated by CFI.

In 2018, Bill self-published the first edition of his acclaimed autobiography, Starting Small and Making It Big. Peppered with lessons in corporate citizenship, the book presents Bill’s own life experiences as a how-to guide for the aspiring entrepreneur or philanthropist. The sixth and final edition was published in 2020. The book is required reading for many college business classes, and Bill has delivered author talks at colleges, universities, and other venues around New England and as far away as University of Oxford in England, University of Rwanda, United Nations in New York, and The University of Alabama in Tuscaloosa. Those wishing to purchase Starting Small or inquire about booking Bill for a speaking engagement are encouraged to visit the Starting Small website. Sample copies of the book are availale without cost upon request from grant recipients or client firms of Cummings Properties.